Cyberpunk 2077 on Twitter. April 2021 “Here's the second illustrator we've been working with for the #Cyberpunk2077 Illustration Contest: @TaleOfAMonkey!

Andrzej Zawadzki, Senior Game Designer at CD Projekt Red and the RPG Design Lead on the controversial Cyberpunk 2077, recently announced on Twitter that he was leaving the social media platform for a few days. Zawadzki didn't share the specific reason for his decision to take a break from the service, but his comments suggest that his Twitter hiatus is related to harassment over issues plaguing Cyberpunk 2077.

'Need to turn off Twitter for a couple of days. There are some lines you simply don't cross,' Zawadzki tweeted over the weekend, on December 12. 'Take care folks and be good to each other.'

Need to turn off Twitter for a couple of days. There are some lines you simply don't cross.

Take care folks and be good to each other. Cyberpunk 2077 was, of course, one of the most anticipated games to come out this year, and it has not lived up to many gamers' expectations, to put it mildly, particularly on the last-gen consoles. With reports of bugs, frame rate and visual issues hampering the game over the weekend, it's likely that Twitter users inundated Zawadski's feed with nasty messages and possibly even threats.

It wouldn't be the first time that Zawadzki has had to deal with 'fans' singling him or his colleagues out and harassing them over something they didn't like about Cyberpunk 2077. In late October, Zawadzki took to Twitter after it was announced that the game was being delayed for a third time, to what ended up being its final release date of December 10. 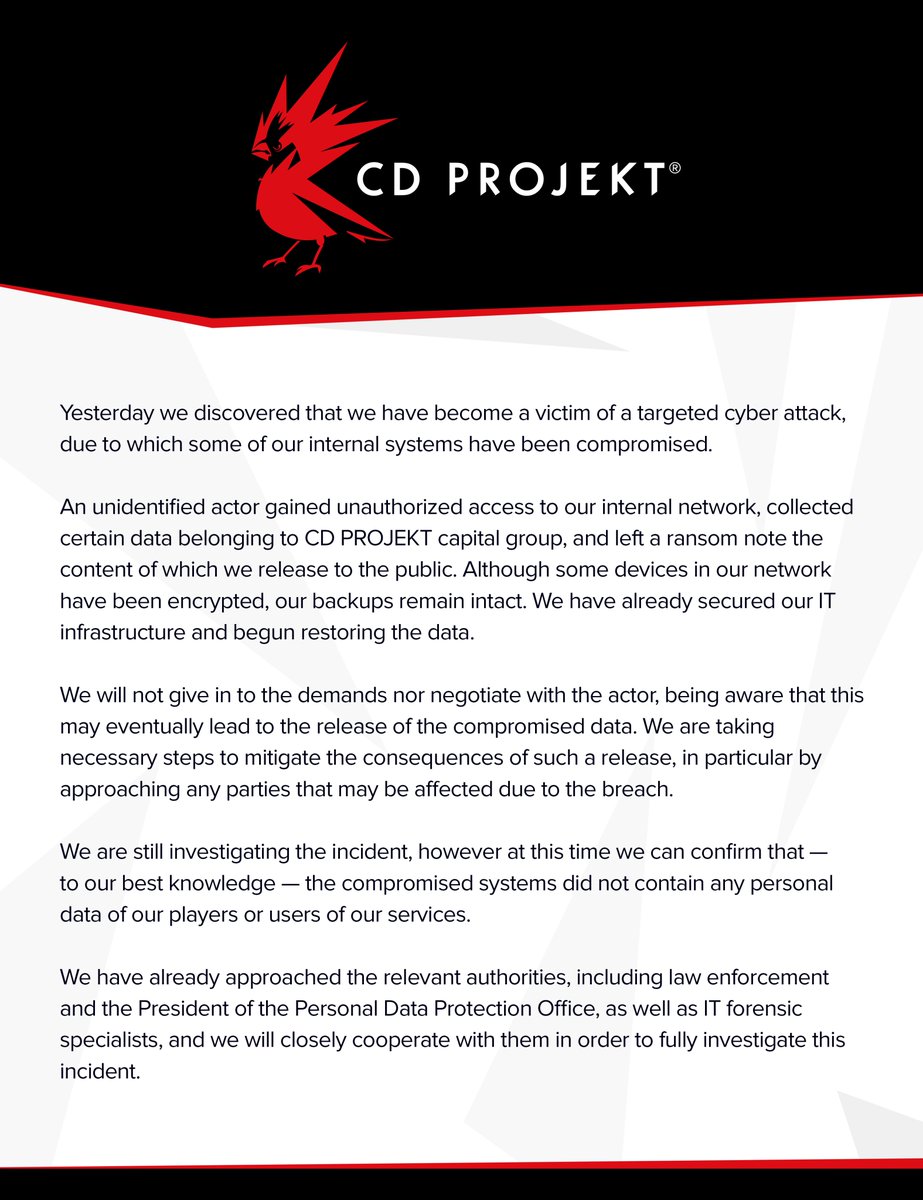 'I want to address one thing in regards of the @CyberpunkGame delay. I understand you're feeling angry, disappointed and want to voice your opinion about it. However, sending death threats to the developers is absolutely unacceptable and just wrong. We are people, just like you,' Zawadzki wrote on October 28. 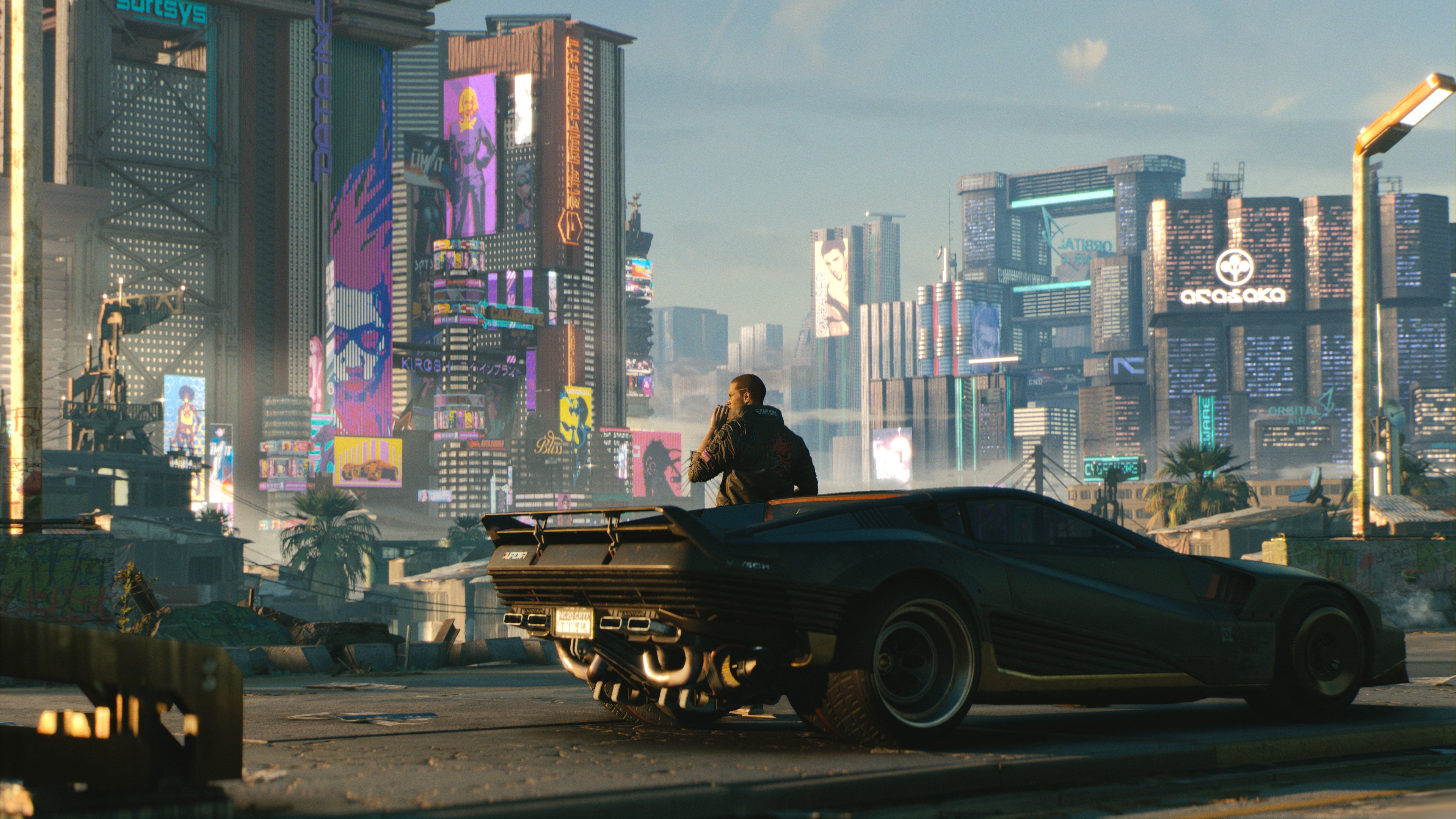 Zawadzki went a step further and posted some messages that the developers had received after the game's delay was announced.

This is one of the mildest messages some of us got. There were far, FAR worse. Every single one is being reported. We will not let it go through.

Do not treat it lightly. Do not ignore it. It is serious.

That said, I'm off TT for couple of days. Take care.#Cyberpunk2077 pic.twitter.com/Z80HHWADqU

Now, with the less-than-stellar launch of Cyberpunk 2077, it wouldn't be far-fetched to presume that the developers are receiving similar sorts of messages from people.

Newsweek reached out to CD Projekt Red for comment and will update if a statement is provided.

The online vitriol surrounding Cyberpunk 2077 isn't just relegated to the developers, though. GameSpot and its reviewer caught flack for giving the new title a 7-out-of-10 review rating. A writer with GameInformer also received backlash for publishing a piece that said the game could be triggering for people prone to epileptic seizures, and that she suffered at least 'one major seizure' while playing.

Since the game's launch, CD Projekt Red has acknowledged the game's shortcomings—especially on PS4 and Xbox One. The studio recently issued an apology and, while asking for patience for patches to be implemented, told gamers that they can receive refunds from the PlayStation and Microsoft stores.

CD Projekt Red released the 1.04 patch on Friday to resolve some of the issues and two more 'big' patches are expected in January and February, respectively.