Tofuku-ji is one of the greatest temple complex in Kyoto. It was founded in 1236 by statesman Kujo Michiie, and its name comes from two great temples of Nara city: Todai-ji and Kofuku-ji. Like so many temples in Kyoto, Tofuku-ji burned down in 1319 and 1881 but was each time rebuilt according to the original plans. Later in 1939, the gardens around the abbot's quarters (hojo - 方丈) were designed by famous landscape gardener Shigemori Mirei, and remain one of the most prominent feature of Tofuku-ji.

Marcia Tofukuji in California. We have 2 records for Marcia Tofukuji ranging in age from 66 years old to 66 years old. Marcia has been found in 2 cities including Gardena, Torrance. Possible related people for Marcia Tofukuji include Janene Mayumi Fukuda, Julie Akemi Lee, Dean Takashi Tofukuji, Frank T Tofukuji, Lianne Yumilo Tofukuji, and many. “Tofukuji Temple” is known as the best spot for autumn leaves in the Kansai region as well as Kyoto. Especially during the fall foliage season, it is popular with tourists. The appeal of Tofukuji Temple is not only autumn leaves.

Tofuku-ji has many sub-temples spread in or around its outer walls, and quite a few can be visited (albeit not year-round). These sub-temples have their own dedicated page; see below. Tofuku-ji itself consists in three areas: (1) the main grounds, which can be accessed freely (2) the hojo and its gardens and (3) the bridge and the founder's hall (kaizan-do).

The main grounds include several important buildings, such as the main hall and the main gate. But the fact it's free hints that it's not the most interesting thing in Tofuku-ji... That honour goes to the Hojo and its gardens. 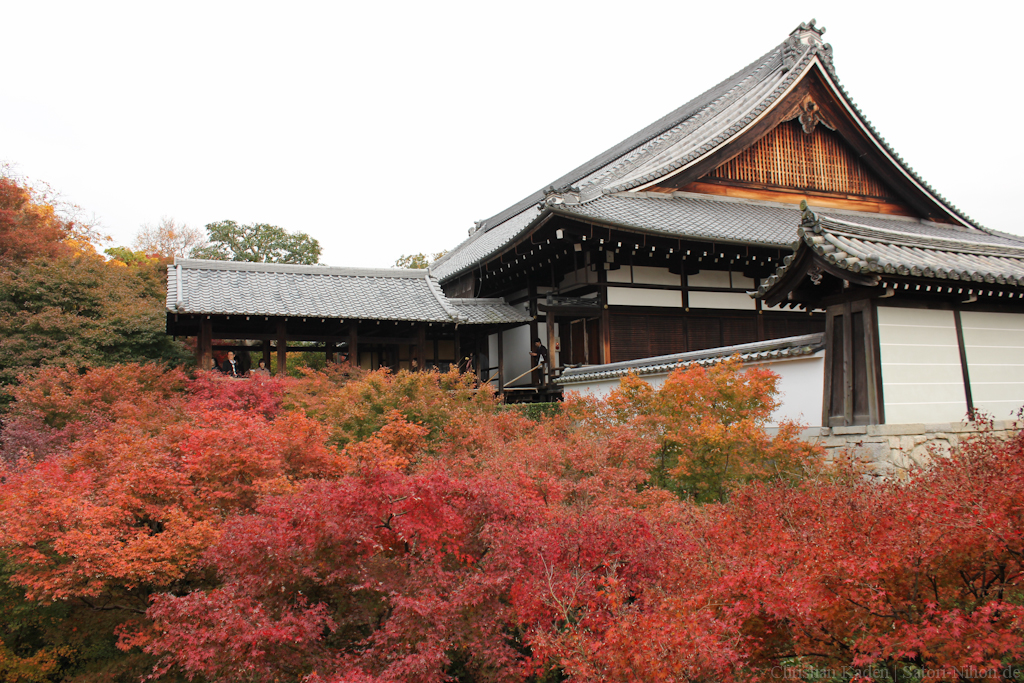 The Hojo is surrounded by gardens on its four sides, something uncommon (the docs even say 'unique'). All four gardens have a very different design and feel. The first one that can be seen is on the right of the entrance path, and is called the east garden (東庭). Like the other gardens, it is a karesansui (dry landscape) garden. Its simple design consists in two-tone grounds (one part moss, one part sand) with four vertical stone cylinders planted in the sand. It is a very simple, modern and unique design, typical of Shigemori-san. To the left of the entrance is a large rock garden dominated by the hojo terrace, the south garden. The rocky part of the garden is very classic, with rocks depicting dragons and islands. But the far end has several mossy hills sharply separated form the rocky area, and this again is more modern and a signature of Shigemori's style. The third garden follows, on the west of the hojo. It is much smaller, with an 'inverted bell-flower' window and squarely trimmer azalea bushes, in a checker pattern. Lastly, the north garden is one of the most famous in Japan, with is pixelized moss yard surrounded by azalea bushed and closed by taller trees. Azalea play a big role in the design of the two last gardens, which are therefore best viewed in late spring when pink/red flowers dot the garden and add a nice colourful touch. The other part of Tofuku-ji is the long wooden bridge that overlooks a valley covered by a grove of maple trees. It is definitely best in autumn, but the crowd can be very packed, as in cops-with-megaphones-that-shout-and-push-you-to-move-faster packed. If you prefer a quieter time, try visiting in early spring when the valley turns bright green, or right before the peak of the autumn colours. Note also that you can get a very good view of this bridge from the smaller bridge located on the road that passes in front of Tofuku-ji's gates, next to Ikkai-in. And that small bridge is free to access :) Lastly, the founder's hall (Kaizan-do) is further up the hill after the (crowded) bridge. The courtyard in front of the hall is half white raked sand, half satsuki-and-stones style. The sand is raked in a checker pattern, the signature of Shigemori for this temple.

Many sub-temples can be visited. The two best are, IMHO, Ryogin-an and Funda-in. It is worth timing your visit to see some of them, as they can be even more interesting and beautiful that the main temple itself. 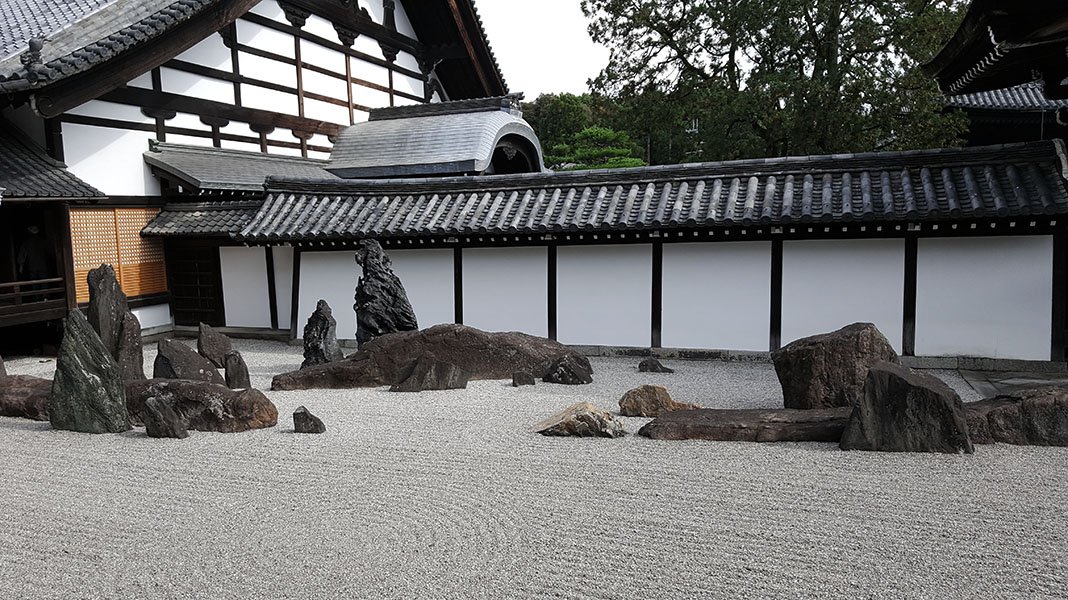