The Indian locomotive class WP was a class of 4-6-2 'Pacific' steam locomotives used in India. It was introduced after World War II for passenger duties, marking the change from 'X' to 'W' as the classification code for broad gauge locomotives.

The class was designed specifically for low-calorie, high-ash Indian coal, by Railway Board designers in India.

WP class locomotives were capable of doing up to 110 km/h (68 mph) and were easily recognized by their cone-shaped bulging nose, usually with a silver star device painted on it.

A main production batch of 300 locomotives followed in 1949, with production split between Baldwin (100), Montreal Locomotive Works (120), and Canadian Locomotive Company (80). The locomotives in this group were numbered 7216–7515, but the running numbers were issued in blocks as the locomotives were issued to the pre-nationalisation companies, and so bore no relation to the manufacturers' serial numbers, or even the manufacturer.[1]

A further 180 locomotives were built between 1955 and 1959, with production split between Canadian Locomotive Company (120), Fabryka Lokomotyw, of Chrzanów, Poland (30), and Lokomotivfabrik Floridsdorf of Vienna, Austria (30).

Between 1963 and 1966, 259 more were built, but these were ordered from Chittaranjan Locomotive Works (CLW), and were manufactured in India, and classified WP/I.[1] The WP/Is were 5 tonnes heavier.[citation needed]

The WP was Indian railways' crack locomotive in the 1960s and 1970s. Before the widespread introduction of diesel and electric locomotives several prestigious trains, such as the Taj Express, the Grand Trunk Express, Howrah-Madras Mail, Frontier Mail and the AirConditioned Express were once hauled by WP class locomotives.

The entire WP class remained intact into the 1980s. Some WPs remained in service until the 1990s, and nine have been preserved. One constructed by Baldwin (7200) in 1947 and the other by Fablok in 1959 are a part of the collection of the National Rail Museum, New Delhi.[2]

WP7200 received a full heavy overhaul at Amritsar works in April 2015 and is now kept at Rewari shed near New Delhi for excursion service. Apart from 7200, the remaining eight engines include (7278) constructed by Montreal Locomotive Works and preserved at Charbagh Loco Works, (7581) built by Canadian Locomotive Company is preserved at Sonepur DRM, (7656) built by Chittaranjan Locomotive Works is preserved at Jhansi Institute Railway, (7000) built by Fabryka Lokomotyw or in Charznow Poland is preserved in Bhusaval shed, (7411) however its builder as of 2019 has yet to be identified and it is unclear as to whether (7411) was built by Baldwin, Canadian Builders, Montreal, Fabryka, Lokomotivfabrik Floridsdorf, or Chittaranjan itself, as the builders plate for (7411) was not identified, the engine is preserved in Burdwan and awaiting transfer to the Chennai Museum however currently there are no wheels on its tender, (7015) built by Fabryka Lokomotyw or Charznow Poland is another Polish preserved WP engine and has been restored to full mainline running order and runs mainline heritage excursion special trains, being preserved at Rewari shed, (7161) is another locomotive built by Chittaranjan which has been fully restored to full working order on mainline excursions, (7161) being preserved at Siliguri. 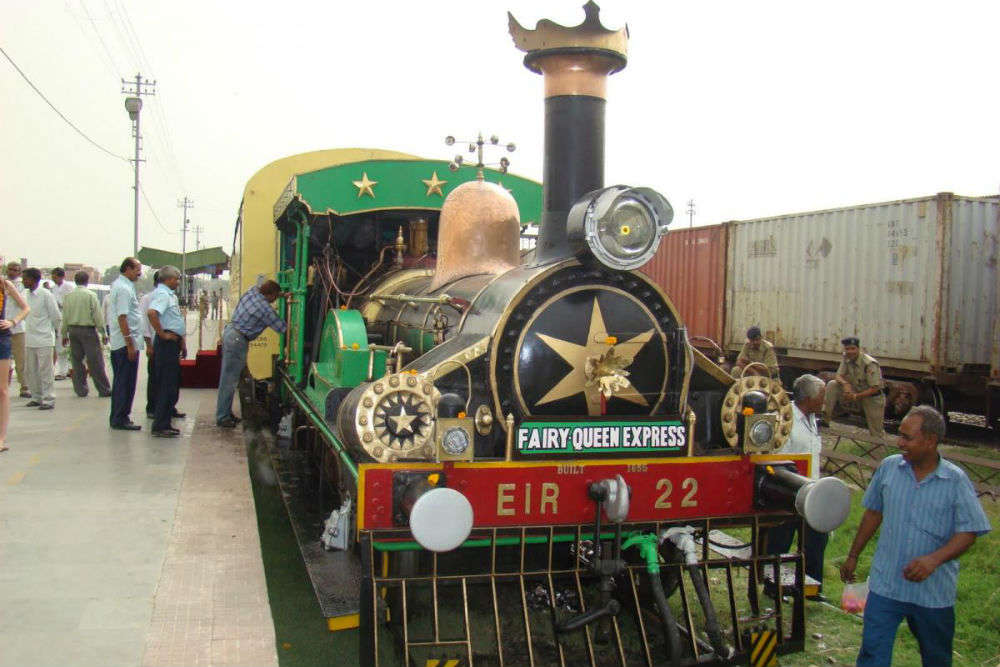