11.30.20 - Salesforce has agreed to a deal to buy Slack, with the deal expected to be announced Tuesday after markets close. The deal is expected to be about half cash and half stock and will price Slack at a premium. Salesforce is set to report quarterly earnings on Tuesday. Slack’s market cap was more than $24 billion as of Monday morning.
Shares of Slack rose about 4% on the news, while Salesforce shares were down more than 3%. Talks between the two companies were first reported last week, sending Slack’s stock soaring nearly 38%.
Salesforce has made several large acquisitions in recent years, including its $6.5 billion deal for MuleSoft in 2018 and its $15.3 billion deal with data visualization company Tableau. The deal with Slack could become one of the largest in the software sector. IBM bought Red Hat for $34 billion in 2019 and Microsoft purchased LinkedIn for $27 billion in 2016.
The deal could also make Slack a more serious competitor to Microsoft’s Teams communication product. Slack filed a complaint against Microsoft with the European Commission this summer, alleging it abused its dominant market position to eliminate competition for Teams. Microsoft has said Teams has benefited during the pandemic from videoconferencing capabilities that Slack lacks.

Since Salesforce and Slack coming together, Slack has been able to sell through Salesforce executives and their channel accounts, besides their own sales ave.

(Bloomberg) -- Salesforce.com Inc. agreed to buy Slack Technologies Inc. for $27.7 billion in cash and stock, giving the corporate software giant a popular workplace-communications platform in one of the biggest technology deals of the year.

The transaction, Salesforce’s largest-ever acquisition, is expected to close by the end of July, the San Francisco-based company said Tuesday in a statement. Slack investors will receive $26.78 for each company share as well as 0.0776 share of Salesforce -- representing a 55% premium to Slack’s price on Nov. 24, the day before reports about deal talks between the companies.

Salesforce Chief Executive Officer Marc Benioff has orchestrated more than 60 acquisitions in 21 years, taking his company from dot-com era upstart to a titan of cloud computing. The Slack deal would give Salesforce, the leader in programs for managing customer relationships, another angle of attack against Microsoft Corp., which has itself become a major force in internet-based computing. Microsoft’s Teams product, which offers a workplace chatroom, automation tools and videoconference hosting, is a top rival to Slack.

“Together, Salesforce and Slack will shape the future of enterprise software and transform the way everyone works in the all-digital, work-from-anywhere world,” Benioff said in the statement.

Stewart Butterfield, Slack’s co-founder and CEO, will continue to run the business as a Salesforce unit when the deal is completed. He said he is excited to join the company that sparked the cloud revolution.

“The opportunity we see together is massive,” Butterfield said in the statement. “This is the most strategic combination in the history of software, and I can’t wait to get going.”

Salesforce, among the first of the fast-growing cloud software companies when it went public in 2004, strives to generate year-over-year revenue increases of more than 25%. Slack, which is expected to increase its sales almost 40% to $877 million this fiscal year, could help that effort. Slack, launched in 2013, went public via a direct listing in 2019. Bloomberg News and other publications reported that companies including Amazon.com Inc., Microsoft and Alphabet Inc.’s Google expressed interest in buying Slack at various times when it was still private.

© Bloomberg Trading On The Floor Of NYSE As Slack Releases IPO

Benioff for years has turned to acquisitions to keep his product lineup fresh. He has set an annual revenue goal of $35 billion for Salesforce by fiscal 2024, compared with $17 billion in fiscal 2020. The company bought analytics firm Tableau Software Inc. in an all-stock deal valued at $15.3 billion last year, which was Salesforce’s biggest acquisition at the time. The year before, in 2018, Benioff took over MuleSoft Inc. for $6.5 billion. 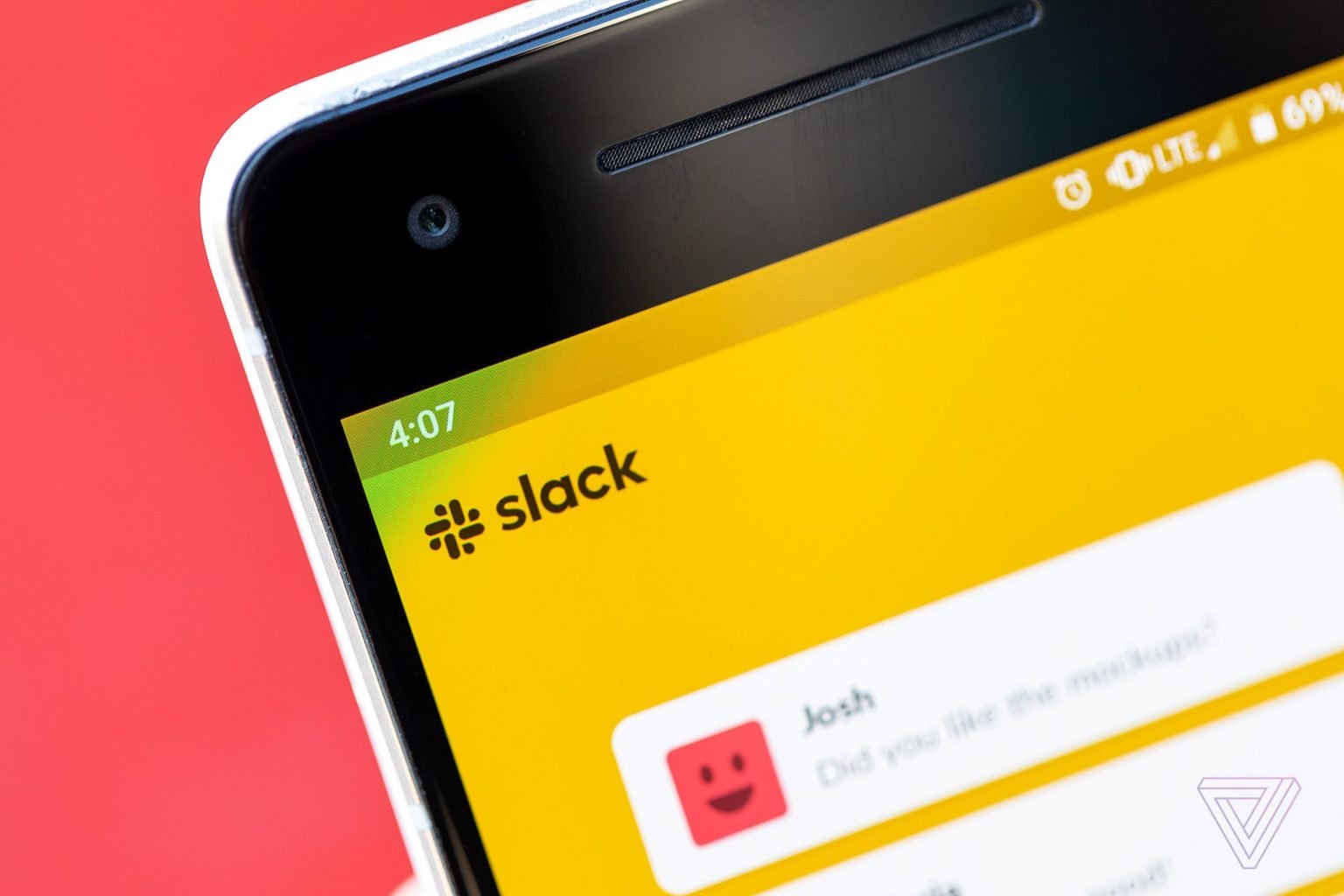 Benioff, who just three months ago said he didn’t foresee making any acquisitions given the economic environment, praised Chief Operating Officer Bret Taylor for organizing the deal with Butterfield, then pitching him on the idea.

“What’s very exciting is this vision that Stewart and Bret have put together,” he said in a conference call. “It’s a wow.”

Taylor, who sold his productivity software company, Quip, to Salesforce in 2016, said Slack will be deeply integrated with the app maker’s software suite to help its customers’ employees.

“It really is about facilitating this all-digital, work-from-anywhere world, to enable team selling, to enable people in a contact center to swarm on a case digitally whether or not you’re in the same building, to enable marketers to plan a campaign,” Taylor said.

Separately, Salesforce projected revenue will grow about 17% in the current period to as much as $5.675 billion. That will be the slowest quarter of year-over-year sales growth in 11 years for the software maker, according to data compiled by Bloomberg. Profit, excluding some items, will be 73 to 74 cents in the period ending in January, missing analysts’ projections for 86 cents.

Sales climbed 20% to $5.42 billion in the fiscal third quarter, which ended Oct. 31, the company said in a statement. Profit, excluding some items, was $1.74 a share, compared with analysts’ average estimate of 75 cents.

Salesforce ownership will mark a new era for Slack, a tech upstart with the lofty goal of trying to replace the need for business emails. The cloud-software giant may be able to sell Slack’s chatroom product to existing customers around the world, making it even more popular. Slack said in March that it had reached 12.5 million users who were simultaneously connected on its platform, which has grown more essential while corporate employees work from home during the coronavirus pandemic. Slack has boosted revenue in the midst of Covid-19, but the company’s billings have been underwhelming because of shaky demand from small and mid-sized clients.

Meanwhile, use of Microsoft Teams has jumped during the pandemic, and Slack has taken issue with the company’s business tactics. In July, Slack complained to the European Union that Microsoft had broken antitrust law and should be investigated.

“Microsoft has illegally tied its Teams product into its market-dominant Office productivity suite, force installing it for millions, blocking its removal, and hiding the true cost to enterprise customers,” Slack said in a statement at the time. Microsoft, which integrates its products with Slack, has denied any wrongdoing.

While the boards of both companies approved the deal, Slack will be required to pay Salesforce $900 million if Slack’s directors change their recommendation or back out to accept a “superior proposal,” according to a regulatory filing.

(Updates with comments from COO in the 12th paragraph.)

For more articles like this, please visit us at bloomberg.com

When Will Slack Deal Close