The next generation of survival horror rises in the form of Resident Evil Village,
the eighth major entry in the Resident Evil series. With ultra-realistic graphics powered by the RE Engine,
fight for survival as danger lurks around every corner.

Set a few years after the horrifying events in the critically acclaimed Resident Evil 7 biohazard,
the all-new storyline begins with Ethan Winters and his wife Mia living peacefully in a new location,
free from their past nightmares.
Just as they are building their new life together,
tragedy befalls them once again.
When BSAA captain Chris Redfield attacks their home,
Ethan must once again head into hell to get his kidnapped daughter back.

The protagonist of Resident Evil 7 biohazard, Ethan's story continues in Resident Evil Village. After being swept up into the events of the Baker estate incident, this regular nobody somehow managed to escape that nightmare alive. Ever since, he has lived a quiet existence with his wife Mia under the protection of the BSAA.

A mainstay of the series since the first Resident Evil, this former S.T.A.R.S. member has fought his way through numerous bioterror incidents. He currently works as a specialist for the BSAA, a counter-bioterror NGO.

The mistress of the castle that overlooks the village. A towering woman with bewitching looks.

Ethan's wife. The organization she was once a member of were the developers of the bioweapon that caused the incident in the Baker home.

A strange man from the village. He has a large selection of wares in his shop.

A strange man who wields a massive hammer. Could he be a friend, or a foe?

Resident Evil Village is set in a 'village'
resting in the shadow of an ancient castle.

You must utilize numerous weapons and items against aggressive adversaries and add tools to your artillery for situations outside of battle.

Keeping track of your healing items and ammo is incredibly important for survival horror. Stay well-stocked for the battles ahead. 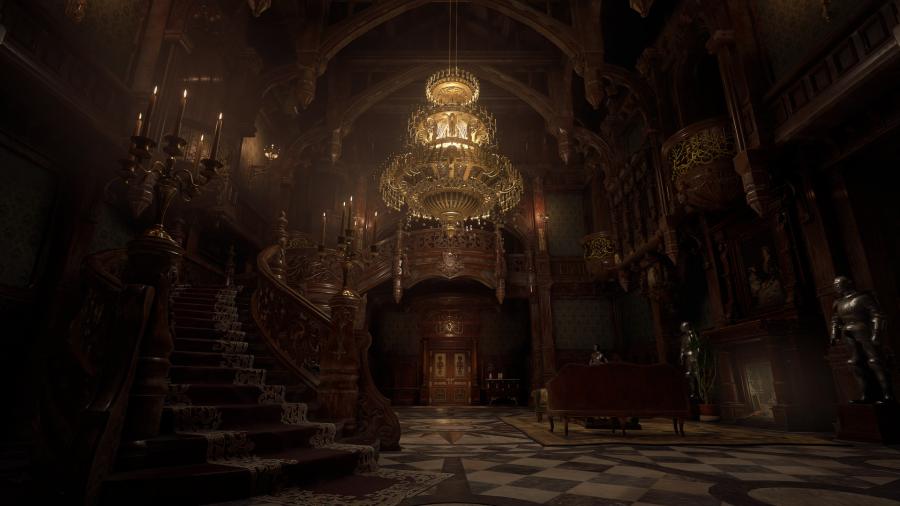 The Mercenaries is an action-packed additional game mode, which is playable after completing the main story. Fight waves of monsters from a first person perspective.

Get Resident Evil Re:Verse for free!