It was twenty-five years ago that tenor Dan Dressen first sang in a Minnesota Opera production. Since then he has performed many times with the Minnesota Opera, most recently the roles of Elcius in the American premiere of The Fortunes of King Croesus, Grampa in the world premiere of The Grapes of Wrath, the Doctor in Poul Ruder’s The Handmaid’s Tale, Gastone in La traviata, Abraham Kaplan in Street Scene, Don Basilio in The Marriage of Figaro, Valzacchi in Der Rosenkavalier and Sellem in The Rake’s Progress. Other opera engagements include performances with Washington Opera and its productions of Carmen and the world premiere of Dominick Argento’s The Dream of Valentino and with The Lyric Opera of Cleveland in La bohème. Mr. Dressen is an original member of Nautilus Music Theater with which he performed the role of the Man in Snow Leopard by William Harper and the role of the Baker in Sondheim’s Into The Woods.

He is a frequent soloist with VocalEssence, with which he sang the title roles in Britten’s St. Nicolas Cantata, Handel’s Samson, Elgar’s Dream of Gerontius, Dominick Argento’s Jonah and the Whale and Revelations of St. John, Mass in D by Dame Ethel Smythe, the role of Rajar in the world premiere of The Fourth Wiseman by Randall Davidson and Geral Finzi’s Intimations of Immortality in the first United States Finzi Festival. Recently he performed with VocalEssence in the world premiere of The Passion of Jesus of Nazareth by Francis Grier and this past spring sang with VocalEssence in William Bolcom’s Songs of Innocence and Experience.

Mr. Dressen has appeared at several Aldeburgh Festivals in England. Performances there include the tenor solos in Britten’s The Company of Heaven, which he also has recorded in London. In Minneapolis and St. Paul he has performed with The St. Paul Chamber Orchestra, Minnesota Chorale, Dale Warland Singers, Bach Society and appeared several times with Garrison Keillor on A Prairie Home Companion.

A Professor of Music and Associate Dean for the Fine Arts at St. Olaf College in Northfield, Minnesota, Mr. Dressen teaches voice and lyric diction. He is editor of a seven-volume anthology series of opera arias by Benjamin Britten for Boosey & Hawkes publishing company and currently serves on the Commission for Accreditation for the National Association of Schools of Music.

All About The Snow Leopard

Snow Leopard is among the leading Mac operating systems providing support for all the latest devices and different fixes. A sleeker user interface with a neat and clean environment for users to enjoy the features without any issues. Featuring many powerful tools like Photo Booth, Screen sharing, Boot Camp, DVD Player, iChat, QuickTime, and a lot more is there in this multilingual operating system. Security is specifically kept in mind while designing this operating system. Various enhancements and fixes are also made to make this OS better than the previous versions.
Users can create professional images using the built-in or external camera, apply backdrop effects, and adjust focus, white balance, and exposure. iChat comes with screen sharing capabilities as well as DVD player is there to enhance the media experience. Many other apps are built-in this release to take care of the daily needs of the users. The most important thing about the OS is that it is suitable for all the latest and old devices. All in all, it is a stable MAC OS X release with a wide range of powerful features. 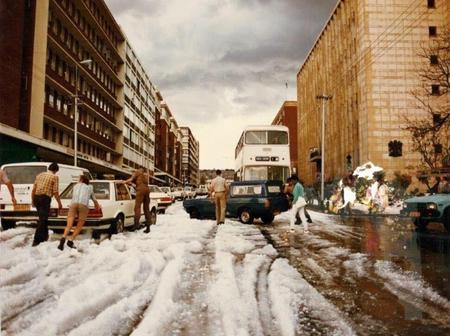