As one of the most important gaming releases of all-time, Mojang’s Minecraft: Story Mode changed the gaming world entirely. It created a whole new wave of creative, do-it-yourself gaming that has allowed for some pretty incredible releases over the years.

However, the episodic point-and-click release by Telltale Games, Minecraft: Story Mode, has more in common with classics like Monkey Island and even modern releases like The Walking Dead games compared to the build-a-thon that is classic Minceraft.

An interesting take on the genre

Released by Telltale Games prior to their closure in 2018, Minecraft: Story Mode was built in the same episodic format as most Telltale products. It followed the story of a character made by the player, called Jesse, who travelled with friends to follow the well-trodden path of becoming heroes to save the world from the Wither Storm. The rest of the story tends to revolve around adventure, finding treasure, and meeting new enemies – and friends – as the story progresses. 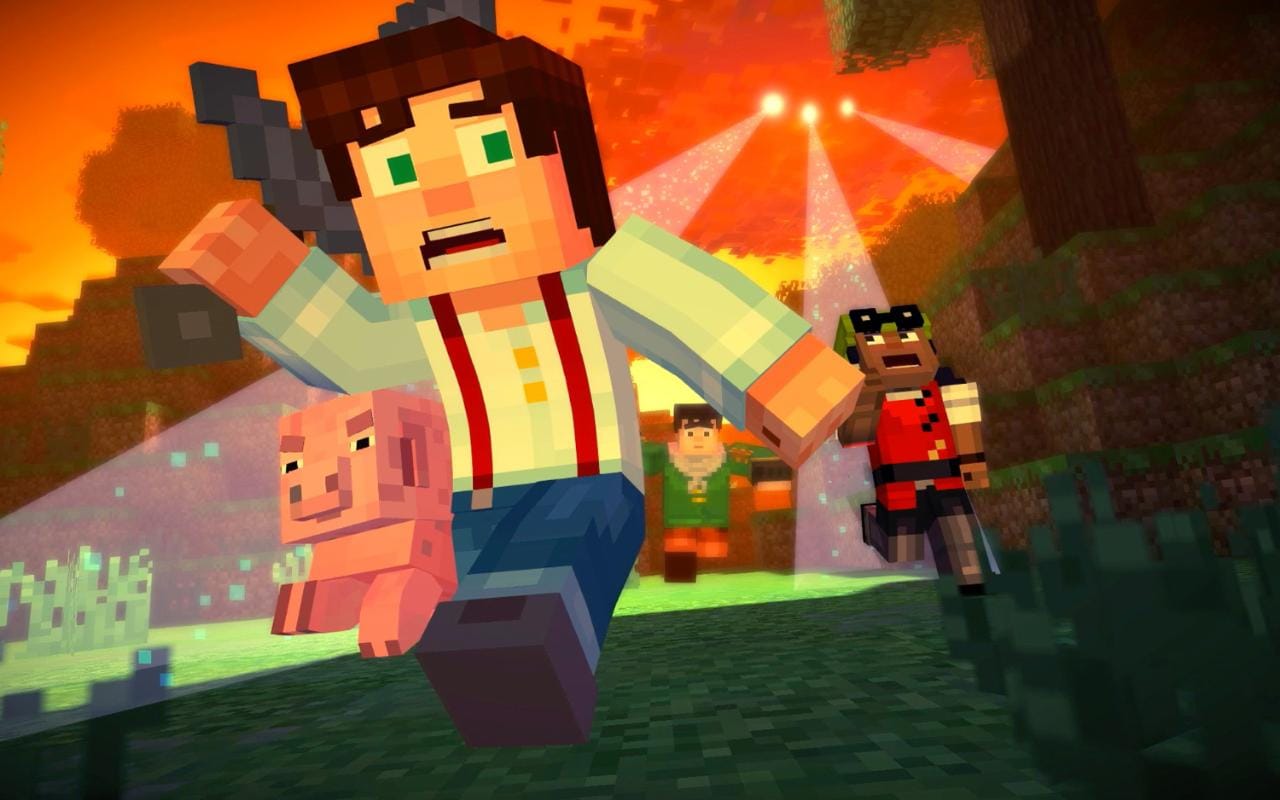 It plays like you might expect; moving from area to area, combing the scene for clues and items, and then dealing with action scenes and interactions with the many other characters you might meet. First released in 2015, it was a refreshing use of the Minecraft IP to offer something that was more than a DIY builder.

A tell perhaps not worth telling after a while

Like most story-based games from Telltale Games, the idea starts off fresh and exciting. Towards the end of the first season of releases and absolutely into the second season, though, things began to tale off. Users can quickly spot the plotline unfolding in front of them, and there was nothing like the same creativity or invention in the writing, set pieces, or events that would take place. 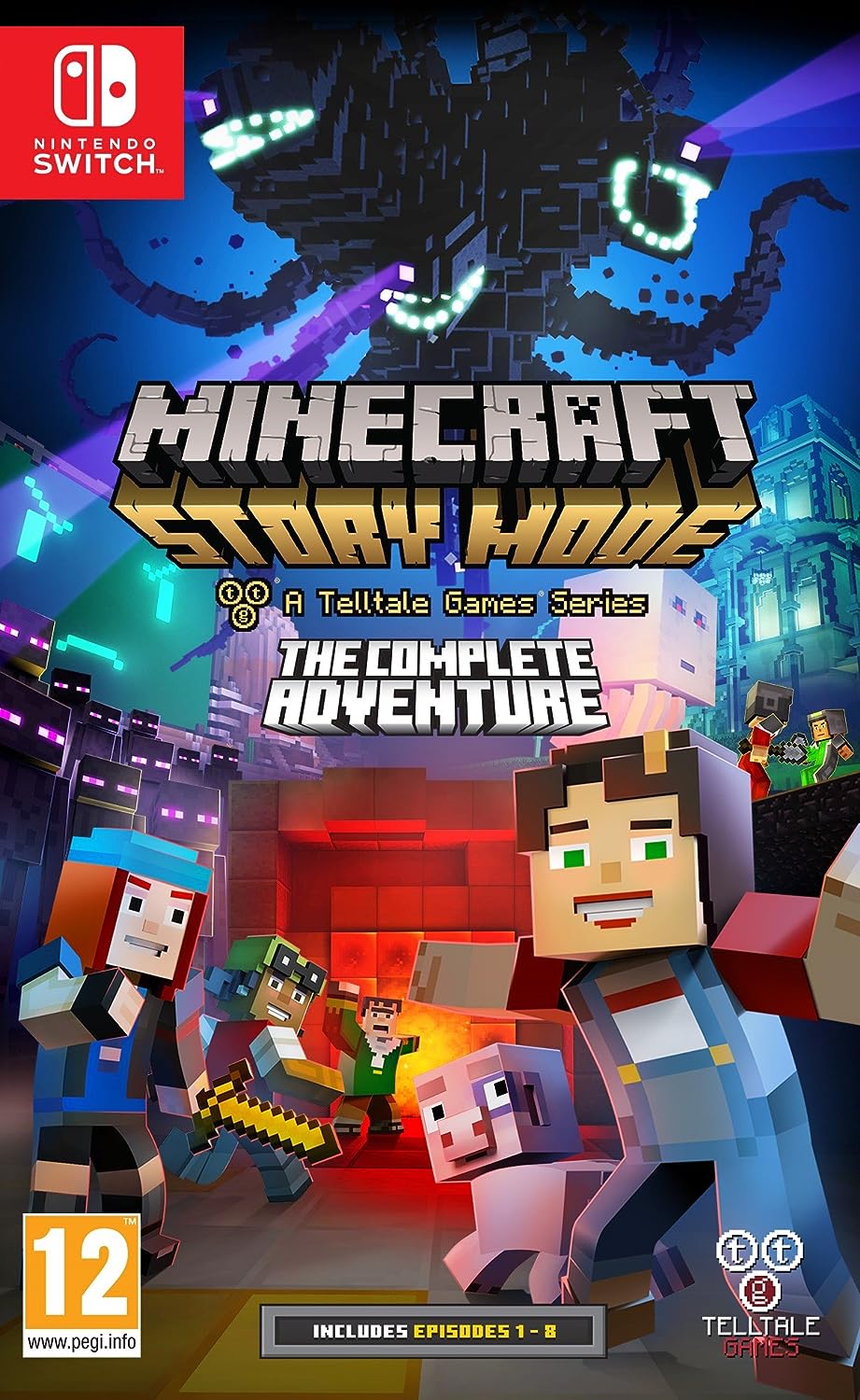 Most of the writing becomes paint-by-numbers ‘humour’ and loses much of the charm and freshness that made the first few episodes so good. Indeed, ratings for the first season often jumped from impressive to mediocre, and the second season was also seen as a poor use of the IP. Though the ideas were often quite fresh, and the last couple episodes were actually some of the most well-loved, it lacked the longevity that came with some of the other Telltale games, such as Tales From The Borderlands.

Overall, though, it’s a fun enough jaunt through a world built in the image of Minecraft.

Much like other spin-offs like Minecraft Dungeon, though, it was perhaps a little too light when it came to depth, replayability, and general fun for the gamer. With the stories quickly fading into boring subplots, there wasn’t the ability for Minecraft Story Mode to stand on its own two feet after a while. 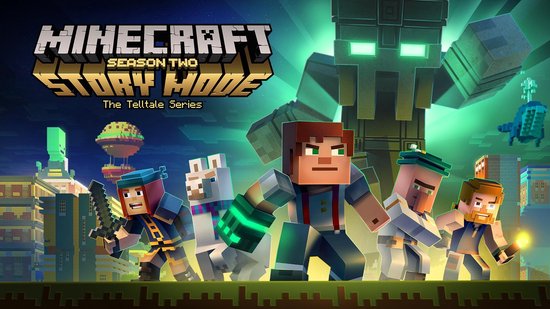 Minecraft: Story Mode – Season Two v1.11 – Minecraft game: Android 2 story mode with data + trailer,
full and unlocked version with the possibility of downloading the next chapters from inside the game
tested with offline performance and without the need for the Internet

Minecraft: Story Mode – Season Two Season 2 of the popular game “Minecraft: Story Mode” from Telltale Games studio for Android , the new version of which was released a few minutes ago for $ 4.99 on Google Play and again, as always, the decision We got it at the same time as the release Introduce your presence to action and adventure game lovers and make you happy once again! Finally, after a long wait, version 2 of the Minecraft game story series was released for Android; The first season of this game was one of the most popular titles of Android games last year, and this time Tel Tel is trying to repeat its success by releasing the second season. If you are a fan of the Minecraft game series, you are probably surprised to see the title of the second season of this game! Now Jesse and his friends must stop Wither Storm and become world-famous heroes by saving the world! Life has become a little more complicated, your responsibilities have increased and there is less time for adventure; Old friends have started to disappear and he has to have a whole new adventure with his new friends in the second season of this game.Experience! If you want to experience the second season of Minecraft: Story Mode, join us! Play Minecraft: Story Mode – Season Two at a price of $ 4.99 has been released and has now more than 50 million in sales and has good rating of 4.2 from 5.0 to learn that we oyuntakipAs always, the new version to coincide with the release of World We have provided the download and by downloading, installing and running it, you will be one of the first global users to experience it. General features of the game include playing in a lovely environment with Minecraft design, really beautiful and exciting music and sound, having a really beautiful and exciting story, excellent touch controllers to guide and control the character; HD graphics pointed out with its wonderful build! You can first view images and trailers of the gameplay and if you wish, download it with one click from the site’s high-speed servers.

– Download the data file and decompress it. Com.telltalegames folder . Copy minecraft200 to the Android / obb path of the internal storage.