x
© Provided by The Atlantic GETTY / THE ATLANTIC

Matthew Yglesias co-founded Vox.com with Ezra Klein and Melissa Bell back in the spring of 2014. He's currently a senior correspondent focused on politics and economic policy, and co-hosts The.

The journalist Matthew Yglesias, a co-founder of Vox, announced today that he is leaving that publication for the paid-newsletter platform Substack, so that he can enjoy more editorial independence.

The move may prove a good fit for Yglesias, who began his career as a highly successful independent blogger before blogging at The Atlantic and then elsewhere. But his absence as a staffer (a Vox spokesperson noted that he will continue to host a podcast, The Weeds) will make the publication he co-founded less ideologically diverse at a moment when negative polarization makes that attribute important to the country.

Like Andrew Sullivan, who joined Substack after parting ways with New York magazine, and Glenn Greenwald, who joined Substack after resigning from The Intercept, which he co-founded, Yglesias felt that he could no longer speak his mind without riling his colleagues. His managers wanted him to maintain a “restrained, institutional, statesmanlike voice,” he told me in a phone interview, in part because he was a co-founder of Vox. But as a relative moderate at the publication, he felt at times that it was important to challenge what he called the “dominant sensibility” in the “young-college-graduate bubble” that now sets the tone at many digital-media organizations.

[Conor Friedersdorf: The perils of ‘with us or against us’]

“There was an inherent tension between my status as a co-founder of the site and my desire to be a fiercely independent and at times contentious voice,” he wrote in his first post on Substack, adding on Twitter, “I’m looking forward to really telling everyone what’s on my mind to an even greater extent than I do now.”

In our interview, Yglesias explained why pushing back against the “dominant sensibility” in digital journalism is important to him. He said he believes that certain voguish positions are substantively wrong—for instance, abolishing or defunding police—and that such arguments, as well as rhetorical fights over terms like Latinx, alienate many people from progressive politics and the Democratic Party.

“There’s been endless talk since the election about House Democrats being mad at the ‘Squad,’ and others saying, ‘What do you want, for activists to just not exist? For there to be no left-wing members of Congress?’” Yglesias told me. “But there’s a dynamic where there’s media people who really elevated the profile of [Alexandria Ocasio-Cortez] and a couple of other members way above their actual numerical standing.”

Many outlets, he argued, are missing something important. “The people making the media are young college graduates in big cities, and that kind of politics makes a lot of sense to them,” he said. “And we keep seeing that older people, and working-class people of all races and ethnicities, just don’t share that entire worldview. It’s important to me to be in a position to step outside that dynamic … That was challenging as someone who was a founder of a media outlet but not a manager of it.”

One trend that exacerbated that challenge: colleagues in media treating the expression of allegedly problematic ideas as if they were a human-resources issue. Earlier this year, for instance, after Yglesias signed a group letter published in Harper’s magazine objecting to cancel culture, one of his colleagues, Emily VanDerWerff, told Vox editors that his signature made her feel “less safe at Vox.”

Yglesias had been personally kind and supportive of her work, she wrote, but as a trans woman, she felt the letter should not have been signed by anyone at Vox, because she believed that it contained “many dog whistles toward anti-trans positions,” and that several of its signatories are anti-trans. The letter’s authors reject those characterizations.

I asked Yglesias if that matter in any way motivated his departure. “Something we’ve seen in a lot of organizations is increasing sensitivity about language and what people say,” he told me. “It’s a damaging trend in the media in particular because it is an industry that’s about ideas, and if you treat disagreement as a source of harm or personal safety, then it’s very challenging to do good work.”

The issue, Yglesias believes, is not limited to Vox. “We saw that in the way the New York Times people characterized their opposition to Tom Cotton’s op-ed,” he said, and “we saw it in what Emily VanDerWerff wrote about me––and Vox to its credit has not [been] managed in that way exactly, but it is definitely the mentality of a lot of people working in journalism today, and it makes me feel like it’s a good time to have an independent platform.’

The New York Times’ Opinion editor, James Bennet (a former editor in chief of The Atlantic), was forced out over the publication of the Cotton op-ed. The Times Opinion staffer Bari Weiss left the newspaper soon afterward, alleging in her resignation letter that “if a person’s ideology is in keeping with the new orthodoxy, they and their work remain unscrutinized. Everyone else lives in fear of the digital thunderdome.” The two had been charged, in part, with offering Times readers a greater diversity of opinions. Whether the Opinion section will still carry out that mission remains uncertain.

Several years ago, I wrote about an experiment that the Harvard social scientist Cass Sunstein conducted in two different communities in Colorado: left-leaning Boulder and right-leaning Colorado Springs. Residents in each community were gathered into small groups to discuss their views on three controversial topics: climate change, same-sex marriage, and affirmative action. Afterward, participants were asked to report on the opinions of their discussion group as well as their own views on the subjects. In both communities, gathering into groups composed of mostly like-minded people to discuss controversial subjects made individuals more settled and extreme in their views.

“Liberals, in Boulder, became distinctly more liberal on all three issues. Conservatives, in Colorado Springs, become distinctly more conservative on all three issues,” Sunstein wrote of his experiment. “Deliberation much decreased diversity among liberals; it also much decreased diversity among conservatives. After deliberation, members of nearly all groups showed, in their post-deliberation statements, far more uniformity than they did before deliberation.”

Compelling evidence points to a big cost associated with ideological bubbles, I argued: They make us more confident that we know everything, more set and extreme in our views, more prone to groupthink, more vulnerable to fallacies, and less circumspect.

For that reason, ideological outliers within an organization are valuable, especially in journalism. Early in my career, I covered the trend toward epistemic closure in conservative media, including talk radio, warning that it would have dire consequences. Even so, I didn’t imagine the role that epistemic closure would play in fueling the ascent of a president like Donald Trump or the alarmingly widespread acceptance of conspiracy theories like QAnon.

The New York Times, New York, The Intercept, Vox, Slate, The New Republic, and other outlets are today less ideologically diverse in their staff and less tolerant of contentious challenges to the dominant viewpoint of college-educated progressives than they have been in the recent past. I fear that in the short term, Americans will encounter less rigorous and more polarizing journalism. In the long term, a dearth of ideological diversity risks consequences we cannot fully anticipate. 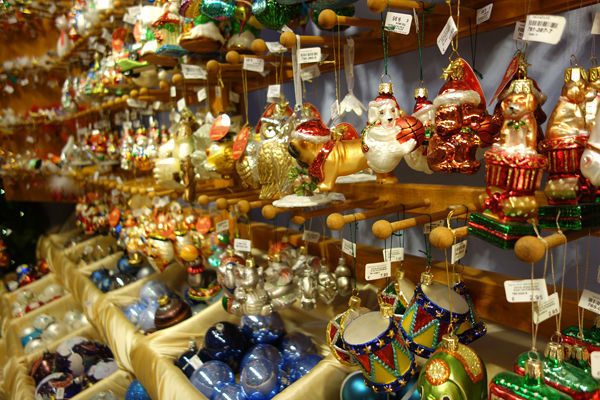 Substack seems poised to grow because it offers some writers independence and financial benefits. It will arguably function as a corrective against growing intolerance of heterodoxy, even as it accelerates a trend toward ideological outliers parting ways with traditional publications, and makes those publications more monolithic. Mainstream media organizations should work to maintain ideological diversity during this shift, even if that causes tensions among the staff members least tolerant of ideas they don’t share.