Actor Laurence Fox has launched a new political party he says is aimed at the 'reclamation' of British values.

The former star of Lewis and member of the Fox acting dynasty said he had been given £5 million to get it up and running.

Fox, 42, told The Sunday Telegraph that the group, provisionally named Reclaim, would 'fight the culture wars' and that he intended to stand candidates at the next general election.

In a statement announcing the launch on Twitter, he said his party would 'change everything... with love, reason and understanding'.

Politicians, he wrote, had 'lost touch' with people and 'public institutions now work to an agenda beyond their main purpose'.

'Our modern United Kingdom was borne out of the respectful inclusion of so many individual voices,' he said. 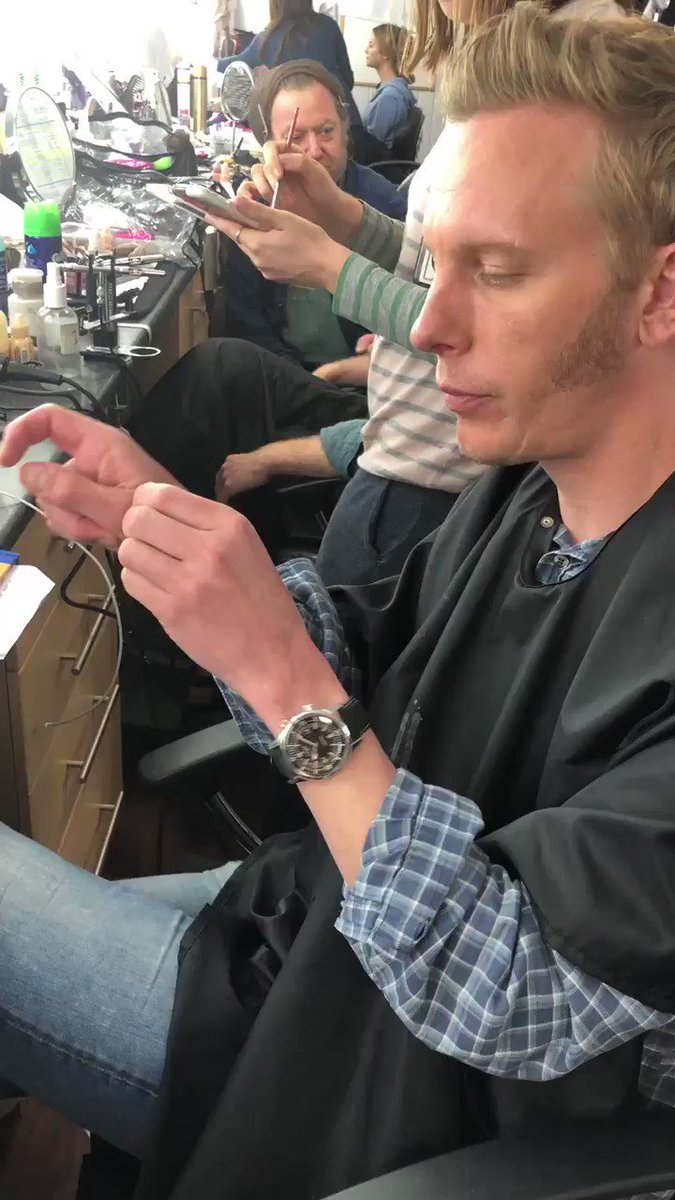 'It is steeped in the innate values of families and communities, diverse in the truest sense but united in the want and need to call this island home.

'The people of the United Kingdom are tired of being told that we represent the very thing we have, in history, stood together against.'

Fox, who has been a fierce critic of the BBC, sparked controversy when he said suggestions of 'racism' over how the Duchess of Sussex was treated in some quarters was 'boring'.

He also hit out at black and working class actors who he claimed only expressed concerns about the industry once they had 'five million quid in the bank'.

Fox, the ex-husband of actress Billie Piper, had raised large sums from ex-Tory donors and the party name is subject to approval by the Electoral Commission, the paper said.

The actor said he wanted 'to preserve and celebrate our shared national history' and reform publicly funded institutions, from media to education, so they are 'free from political bias'.

His post provoked mixed responses on Twitter, with one user predicting 'millions of voters' would back his party and another suggesting he had chosen 'the British way' of promoting change.

Others were less welcoming. One commentator called the plan the latest in 'a long list of failed right wing experiments', while another described him as a 'singularly inept political illiterate seeking to fan flames of hate/racism/bigotry'.

Foxis the son of actor James Fox and part of the Fox acting dynasty along with his brother, Jack, and cousins, Emilia and Freddie.

Actor Laurence Fox has been criticised after boasting about a lunch gathering held while strict coronavirus restrictions are in place.

The tweet came weeks after he announced that he was launching a new political party.

The divisive figure, best known for his role in Inspector Lewis, said that he intended to put forward candidates at the next General Election.

Fox, who first came to prominence as a political figure when he described claims of racism against the Duchess of Sussex as “boring”, has said that his new party will “change everything… with love, reason and understanding”.

Here’s why, in his own words, Laurence Fox is launching a new political party, provisionally named Reclaim.

Why is Laurence Fox launching a new political party?

The actor said in a statement posted on Twitter that “politicians have lost touch” with people and “public institutions now work to an agenda beyond their main purpose”.

He said: “Our modern United Kingdom was borne out of the respectful inclusion of so many individual voices.

“It is steeped in the innate values of families and communities, diverse in the truest sense but united in the want and need to call this island home.

“The people of the United Kingdom are tired of being told that we represent the very thing we have, in history, stood together against.

“We are all privileged to be the custodians of our shared heritage. We can reclaim a respectful nation where all are included and none are ashamed to have somewhere to call home.”

The actor said he wants “to preserve and celebrate our shared national history” and reform publicly funded institutions, from media to education, so they are “free from political bias”.

Fox has reportedly received backing from ex-Tory donors, who support him in his battle to “fight the culture wars”.

Laurence Fox has been a vocal critic of the BBC so onlookers could expect attacks on the national broadcasting corporation if the Reclaim party are able to get a toehold in UK politics.

A source has told the Sunday Telegraph that the party will be a “Ukip for culture”.

Indeed, Fox has already adopted former Ukip leader Nigel Farage’s approach to politics, speaking out about political correctness and calling on a return to British values.

Why has Laurence Fox been criticised over lunch with friends tweet?

Laurence Fox has been widely condemned over a tweet which called for the public to break social distancing rules.

He tweeted: 'Just had a large group over to lunch and we hugged and ate and talked and put the world to rights. It was lovely. You’ll never take that away from people.

“Stay out. Protect your rights. If the @nhs can’t cope, then the @nhs isn’t fit for purpose. Compliance is violence.”

In afollow-up tweet he appeared to criticise the NHS.

He wrote: “The @nhs isn’t my church and salvation. It’s employees aren’t my saviours. If you can’t deal with a 99.9% survival rate virus, you aren’t fit for purpose. You don’t need protecting, my elderly relatives do. I also love your emergency care and will continue to pay for it. For now.”

The Prime Minister’s official spokesman said: “It’s important that everybody in society sets an example by following the rules – that is for every member of the public including celebrities.”

Asked about Fox, the spokesman said: “The Prime Minister has been clear of the need for everybody across the country to continue to abide by the rules in order to reduce the transmission of the virus, but it’s up to police to decide what action to take.”

During an appearance on Question Time, the 42-year-old actor dismissed claims by race and ethnicity researcher and university lecturer Rachel Boyle that the Duchess of Sussex Meghan Markle had suffered racism at the hands of some members of the press.

He claimed: 'It's not racism... we're the most tolerant, lovely country in Europe.

'It's so easy to throw the charge of racism and it's really starting to get boring now.'

Fox also caused outrage following his appearance on The James Delingpole Podcast when he described the inclusion of Sikh's in World War One-era film 1917 as 'incongruous'.

These comments attracted scorn with many pointing out that approximately 1.5 million Indians - many of whom were Sikh - fought on behalf of the British Empire in World War One.

Speaking to James Delingpole, London editor of Breitbart - a far-right American news title - Laurence Fox said: 'It’s very heightened awareness of the colour of someone’s skin because of the oddness in the casting. Even in 1917 they’ve done it with a Sikh soldier.

'Which is great, it’s brilliant, but you’re suddenly aware there were Sikhs fighting in this war. And you’re like ‘okay’. You’re now diverting me away from what the story is.'

Fox went on to say that the film was 'good' with Delingpole adding 'apart from the gratuitous Sikh'.

During the podcast Fox also criticised minority actors who spoke out against racism in the industry.

He claimed that black actors only highlight 'how racism is rampant and rife in the industry' once they've achieved fame.

Fox, the son of actor James Fox and former pupil of Harrow School, said: 'The most annoying thing is the minute a black actor – it's the same with working-class actors – the minute they've got five million quid in the bank, every interview they do is about how racism is rampant and rife in the industry.