The Labour Party press office said on Twitter that it would “not be amplifying” the footage. The party said: “A clip circulating online shows Keir Starmer being confronted by someone spreading dangerous misinformation about the COVID-19 pandemic. — Keir Starmer (@KeirStarmer) April 5, 2021. The BBC is not responsible for the content of external sites. View original tweet on Twitter. Jesus House for All The Nations church is in Brent. We would like to show you a description here but the site won’t allow us.

An angry landlord told Sir Keir Starmer to leave his pub, while Boris Johnson appeared unable to name the current Conservative West of England metro mayor on a difficult day of campaigning for the two main party leaders.

The Labour leader and prime minister were out and about on Monday ahead of May's local elections.

Sir Keir visited Bath, where he was involved in an incident with Rod Humphris, who runs The Raven pub in the city centre.

He shouted 'that man is not allowed in my pub' and 'get out of my pub' as the Labour leader, who was wearing a black face mask, walked out of the door.

The incident, which saw Mr Humphris appear to be held back by security guards, was recorded by reporters covering Sir Keir's visit.

Footage shows Sir Keir and Mr Humphris talking outside the pub before the confrontation, where the Labour leader appears to mention frontline NHS workers.

'So I really don't need lectures from you about this pandemic,' Sir Keir can be heard saying. 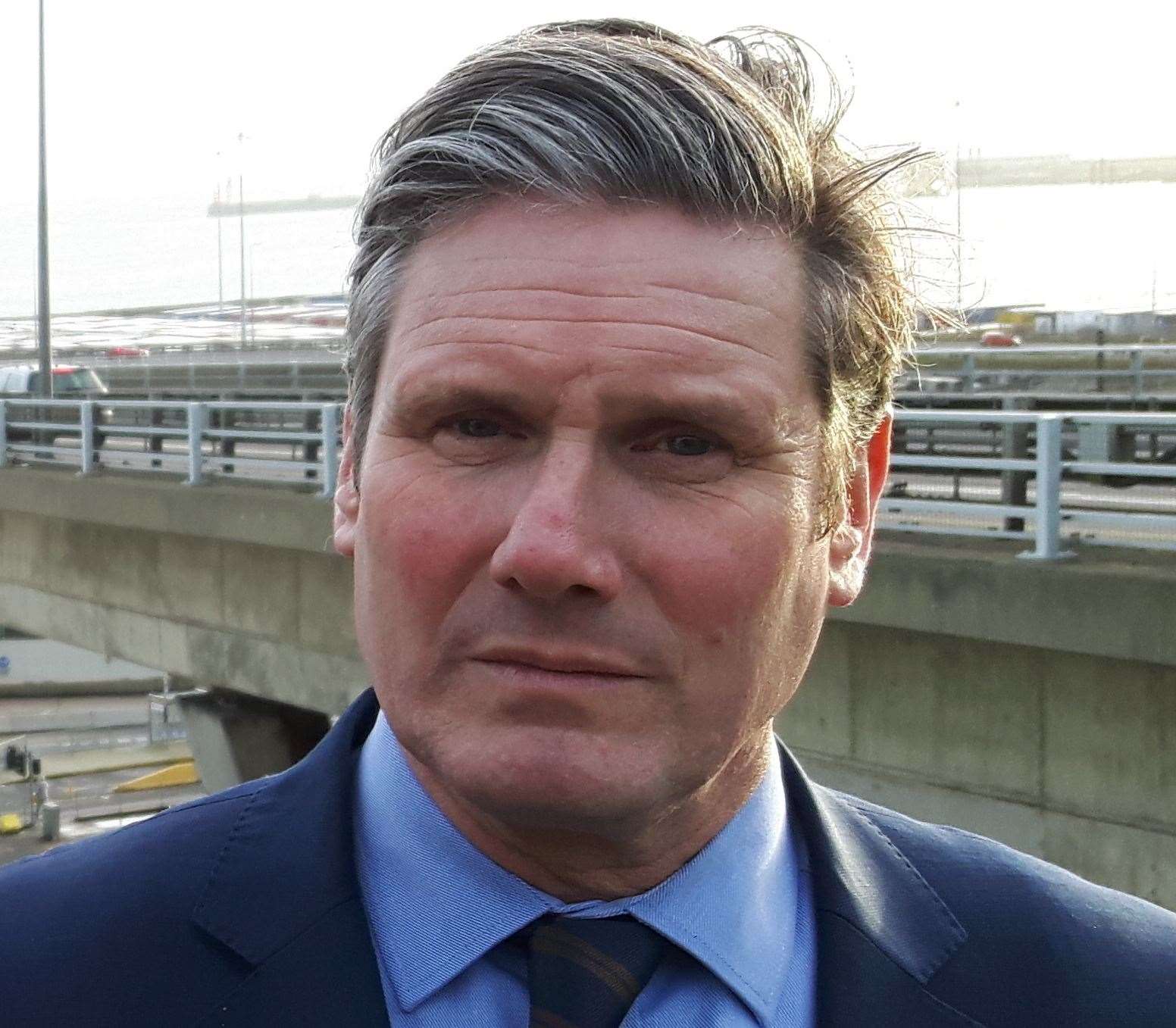 The Labour leader left the pub following the confrontation, along with members of his team.

It is understood that Sir Keir and his team had pre-arranged the visit with a member of the pub's staff.

Asked why he had kicked the Labour leader out of his pub, Mr Humphris said: 'I had heard that the Labour Party were coming round and he turned up and I told him what I thought of him, basically.

'I think he has utterly failed us as the leader of the Opposition, he has completely failed to ask the questions that needed asking, like, why did we throw away our previous pandemic preparedness?

'Why have we just accepted lockdown?

'Why have we just accepted the loss of all our freedoms?'

Mr Humphris, who said he does not agree with coronavirus lockdowns, said: 'He walked into my pub without asking and I threw him out. Or at least, I did my best to throw him out - his security got in the way.'

The 54-year-old said he gave the Labour leader a 'piece of my mind', adding: 'I would say this to any politician - it's not a partisan matter.'

In a video posted on Twitter by Stephen Sumner, a local democracy reporter covering Sir Keir's visit, Tim Perry, who runs The Raven along with Mr Humphris, said his opinions do not reflect those of the pub.

Tim Perry, who runs @theravenofbath with Rod Humphris, said his views do not reflect the pub’s pic.twitter.com/Hoo7lG9GR1

The Labour Party press office said on its Twitter account that it would 'not be amplifying' the footage of Sir Keir and the landlord.

In a series of tweets it said: 'A clip circulating online shows Keir Starmer being confronted by someone spreading dangerous misinformation about the COVID-19 pandemic.

'We will not be amplifying it.

'Keir argued that our NHS staff have been working tirelessly to protect public health and that restrictions - while painful - have been absolutely necessary to save lives.'

Mr Johnson, meanwhile, was asked during a campaign visit to Gloucestershire if he was able to name Tim Bowles, the incumbent metro mayor for the West of England.

Mr Bowles is the first metro mayor for the West of England Combined Authority - Bath and North East Somerset, Bristol and South Gloucestershire - and was elected in 2017.

Mr Bowles has announced he will step down at the end of his first term, with four candidates vying to succeed him.

Asked if he knew who the regional mayor was, the PM said: 'I'm very much in favour of powerful mayors in the West of England and elsewhere.

'But what I want to see is a strong Conservative mayor in London and across the West Midlands and West of England and across the whole of the country.'

Pushed again to name the current mayor, Mr Johnson replied: 'Well I can tell you I'll be out campaigning for the West of England mayor, and all Conservative candidates, throughout the week.'

Mr Starmer was head of the CPS when the decision was made not to prosecute Savile but he was not the reviewing lawyer for the case. An official investigation commissioned later by Starmer criticised both prosecutors and police for their handling of the allegations.

Since the election of Sir Keir Starmer as leader of the Labour party earlier this year, therehas beena lot ofdiscussiononline and in the media about the role Mr Starmer played in the Jimmy Savile scandal and the decision not to prosecute him in 2009. Our readers have asked us to look into this. 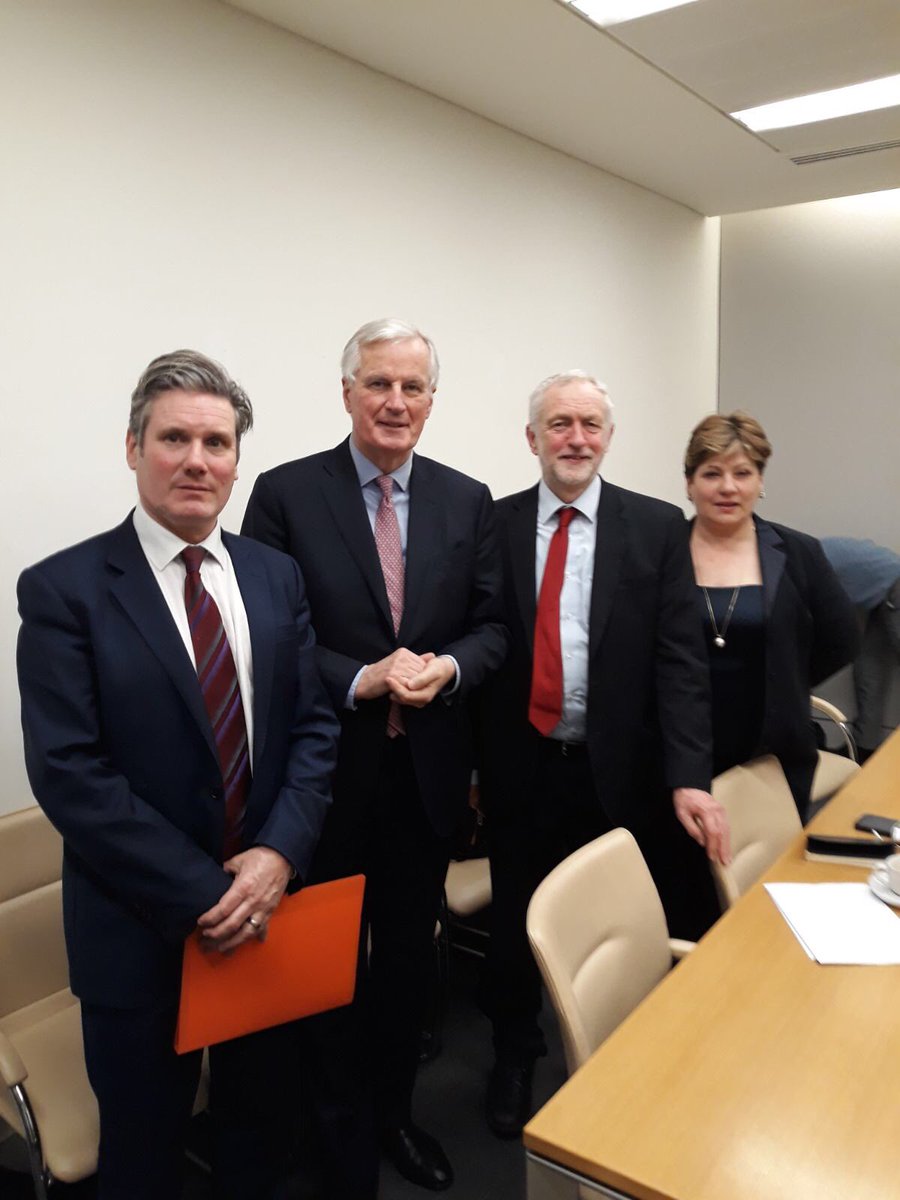 Mr Starmer was head of the Crown Prosecution Service (CPS) when the decision not to prosecute Savile was made on the grounds of “insufficient evidence”. The allegations against Savile were dealt with by local police and a reviewing lawyer for the CPS.

A later investigation criticised the actions of both the CPS and the police in their handling of the situation. It did not suggest that Mr Starmer was personally involved in the decisions made. The Labour party told us it could not comment on individual cases and the CPS said that records relating to the decision not to charge Savile were not kept, which the service said is in line with its data retention policy.

The investigation into Savile

Mr Starmer was made Director of Public Prosecutions, head of the CPS, in 2008.

The CPS is responsible for prosecuting crimes in England and Wales. As part of this it decides which cases should be prosecuted and what defendants should be charged with. It is independent of the police and government.

Savile was interviewed under caution by police in October 2009 and denied wrongdoing. He was not arrested. No prosecution was brought in relation to any of the four complaints, on the grounds that none of the victims were “prepared to support any police action”, for example testifying in court.

Savile died in October 2011. Since his death, it has emerged that he sexually abused hundreds of children and women at locations including hospitals, schools and the BBC.

The review of the police investigation and CPS decision

In January 2013, after Savile’s death and when his abuse had been revealed, an investigation into whether the CPS had been right not to charge Savile in 2009 was published by Alison Levitt QC. She was asked to investigate this by Mr Starmer.

Ms Levitt said she had “reservations” about the prosecutor’s decision not to press charges.

She said: “On the face of it, the allegations made were both serious and credible; the prosecutor should have recognised this and sought to “build” a prosecution.”

She said the police treated the victims and the accounts they gave “with a degree of caution which was neither justified nor required”.

Three of the victims told her that if they had received more information from the police at the time of the investigation—and particularly if each had been told she was not the only woman who had complained—they would “probably have been prepared to give evidence.” Ms Levitt said that, in the case of two of the allegations, there would have been a “realistic prospect of conviction” if the women had given evidence.

“Having spoken to the victims I have been driven to conclude that had the police and prosecutors taken a different approach a prosecution might have been possible,” she wrote.

Ms Levitt is critical of the approach taken by both the CPS’ reviewing lawyer and the police in failing to build a prosecution against Savile in 2009, but said there was no evidence of any “improper motive on the part of either police or prosecutors”.

When the investigation report was published in January 2013, Mr Starmer said in a statement that he accepted the conclusions and hoped it would be a “watershed moment” for the CPS.

He said: “I would like to take the opportunity to apologise for the shortcomings in the part played by the CPS in these cases.

“These were errors of judgement by experienced and committed police officers and a prosecuting lawyer acting in good faith and attempting to apply the correct principles. That makes the findings of Ms Levitt’s report more profound and calls for a more robust response.”

Later in 2013, the CPS updated its guidance on prosecuting child sexual abuse in England and Wales.

What Labour and the CPS said

Full Fact reached out to Labour and the CPS to see if they could give any further information about the case and if Mr Starmer had any involvement beyond his role as head of the CPS.

A spokesperson for the CPS said that, “in line with the established data retention policy”, none of the records for the decision not to charge Savile in 2009 were kept.

He added: “There is no reference within the [investigation] report to any involvement from the DPP in the decision-making in the case. The reviewing lawyer at the time set out their own reasons for the decisions they took, which are reproduced in the report.”

A spokesperson for the Labour party said they could not comment on individual cases, but insisted Mr Starmer “put victims at the heart of the judicial system” during his time as DPP, including improving support for victims of sexual and domestic violence and introducing a right for victims to challenge CPS decisions.