As Concerto Italiano and its harpsichordist/director Rinaldo Alessandrini are gradually becoming the most recruited ensemble in Opus 111’s ambitious ongoing Vivaldi cycle, it apparently was only a matter of time before they got their chance at Le Quattro Stagioni (regardless of Fabio Biondi and Europa Galante’s excellent and still-available first recording for the same label). And as we would expect from their superb previous Vivaldi recordings, it’s a great one, characterized by remarkably crisp articulation, expert ensemble, and meticulous attention to detail. In fact, Alessandrini not only acknowledges the importance of Vivaldi’s accompanying sonnets and their relationship to the programmatic allusions in the score, but in the accompanying notes (modestly titled “The whole truth about the four seasons!”) he offers a hilarious complete blow by blow reenactment of their significance. The proof however is in Concerto Italiano’s performance, which–especially given the vastly competitive field–ranks among the best. 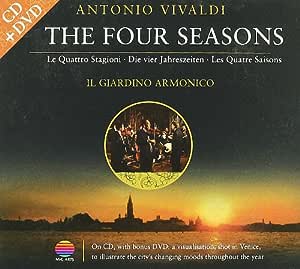 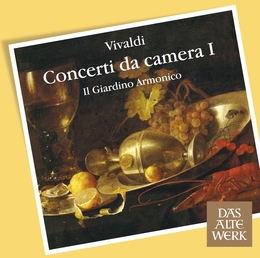