Mac Slavo
August 12th, 2020
SHTFplan.com
Gregory Mannarino, a market analyst hasn’t been mincing words lately. The political pandering for this year’s election is “a game. It’s a charade. It’s theater,” he says. But, it’s also imperative that we understand this.

The more you understand, the less likely it is that you’ll be duped, and since that’s all politics is, it’s critical to realize that it’s the Wall Street banks (central banks) that choose the president, not us. Once you realize that, everything begins to make sense. As Mannarino says, it’s past time to wake up and stop getting triggered when someone tells the truth about the puppets in the government and the Federal Reserve. It’s time to “understand why things are the way they are,” says Mannarino

Mannarino predicts that unless Donald Trump throws the Federal Reserve/Wall Street Banks a bone, we’ll see Joe Biden become the president of the United States in November. The banks, who are trying to take over the world, will choose the political puppet who will do their bidding the best.

“It doesn’t matter who sits in the Oval Office, and I don’t give a damn who wins because it’s not the president that’s running the show, it’s the banks! 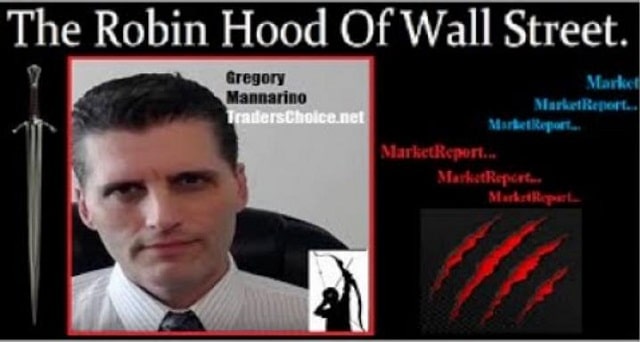 And the sooner your understand that, whichever aisle you’re in right now, the better off your whole life is going to be, because you have no voice here. Wall Street, the banks, they’re the real masters of the universe.” -Greg Mannarino

I can attest to that as well. Once you refuse to be dragged along by the system rigged against you, you make clear decisions with a free mind. Knowing is the first part of the battle. Once you wake up to this, the war for your mind is over. Free people cannot be controlled or brainwashed into heading to the ballot box to vote for their new master. You have to take your power back and stop giving it away to politicians in the hopes that they will save you.

“Let me say this real quick again, and understand what I’m talking about here. I know people are gonna get triggered all over the place: I don’t care who wins. It doesn’t matter. It’s not the person who’s sitting in the oval office that dictates policy in any way shape or form. But UNLESS president Trump delivers something BIG to Wall Street, he cannot possibly win here.” -Greg Mannarino

Sadly, we lost this country a long time ago. The banks are running the show and have been for longer than most reading this have been alive. It’s all coming out now. The evidence is there. If you choose to not see it, then that’s on you. Being easily triggered by politics doesn’t change the fact that the central banks are in control. Waking up to this reality is the only way to change it.