The Dell Remote Access Controller or DRAC is an out-of-band management platform on certain Dell servers. The platform may be provided on a separate expansion card, or integrated into the main board; when integrated, the platform is referred to as iDRAC.

It uses mostly separate resources to the main server resources, and provides a browser-based or command-line interface (or both) for managing and monitoring the server hardware.

The controller has its own processor, memory, network connection, and access to the system bus. Key features include power management, virtual media access and remote console capabilities, all available through a supported web browser or command-line interface. This gives system administrators the ability to configure a machine as if they were sitting at the local console (terminal).

The DRAC interfaces with baseboard management controller (BMC) chips, and is based on the Intelligent Platform Management Interface (IPMI) 2.0 standard, which allows use of IPMI out-of-band interfaces such as IPMI Over LAN.[1]

The hardware is often integrated on the motherboard of the server, and the combined product is termed iDRAC, where the 'i' is for integrated. When iDRAC Express is used, the software and hardware systems management functions are shared with one of the server's on-board network interfaces using a unique IP address. By contrast, iDRAC Enterprise version features a dedicated physical network interface.

iDRAC version 7 was introduced in conjunction with the release of Dell PowerEdge generation 12 servers in March 2012, and is only available on 12th generation models.[2] Unlike previous versions the functionality of iDRAC 7 is the same for rack, tower and blade-servers.

An overview of the different versions:[3]

The remote console features of the DRAC allow an administrator to interface with the computer as if sitting in front of it, and one can share the local inputs from keyboard and mouse as well as video output (DRAC does not support remote sound). Remote-console capability relies on either an Active X or Javaplug-in, or HTML5 in the later models, which displays a window showing the video output on the local terminal and which takes mouse and keyboard input. This behavior closely resembles that of other remote access solutions such as VNC or RDP but also works if the operating system of the server doesn't work any more (unlike VNC or RDP). It is used to take the server console remotely.

The DRAC enables a user to mount remotely shared disk-images as if they were connected to the system. In combination with the remote console, this gives administrators the ability to completely re-install an operating system, a task which traditionally required local console access to the physical machine. Administrators can control virtual media through the browser or through the OpenManage tools provided by Dell, though specific versions of browsers restrict some functionality.[12]

The main DRAC management takes place via a web interface. All generations of the DRAC use the default user name root and the default password calvin. Starting with the DRAC 3, Microsoft Active Directory can also provide authentication either with Dell AD Schema Extensions or Standard Schema.[13][14][15][16][17]

The DRAC5 and iDRAC6 and higher are embedded platforms running Linux and Busybox. The firmware source code is available on the Dell website,[18] but it is not possible to compile the source into a replacement firmware as Dell does not include a build environment.[19]

The DRAC provides remote access to the system console (keyboard and screen) allowing the system BIOS to be accessed over the Internet when the server is rebooted. This is done by configuring the system BIOS to send its output to a serial port (as a stream of text using VT100-compatible control codes). The chosen serial port is then redirected to the DRAC's serial port. Users can then log into the DRAC via SSH and run a command to connect the SSH session to the serial port, thus allowing the console to be accessed over the Internet.

Earlier versions of the DRAC used ActiveX in Internet Explorer to provide a remote-console interface in a web browser; however, this was unpopular with non-Windows users who did not have access to Internet Explorer. The latest revision of the DRAC6 uses a Java application instead (launched from within the browser), though both the DRAC5 and iDRAC6 also provided the aforementioned platform-independent SSH access.

iDRAC6 is available in two levels: iDRAC6 Express and iDRAC6 Enterprise. iDRAC6 Express (which integrates features previously charged for in DRAC5) became a standard offering on Dell's servers. Certain features are not available for the Express version, including the remote console functionality and the vFlash SD card slot. As with iDRAC, iDRAC6 Enterprise is a standard offering on blade servers

With the introduction of iDRAC 7, the licensing model has changed. iDRAC 7 now supports lifecycle controller. Some features of Lifecycle controller are licensed and to access those features via iDRAC the correct licenses for those functions need to be enabled.

iDRAC 7 runs on generation 12 PowerEdge servers. Per introduction in March 2012 the following servers use iDRAC7:[2]

iDRAC 7 is supported by the following operating systems 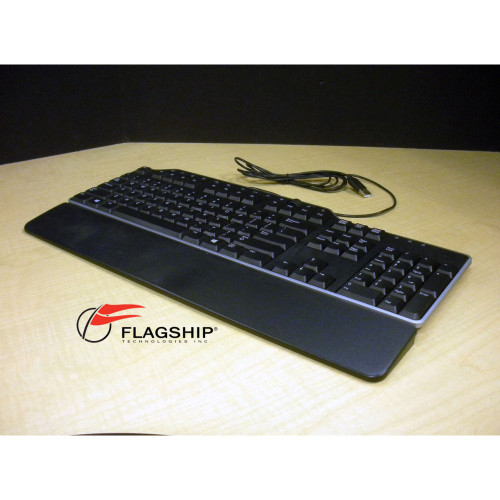 The GUI for iDRAC7 uses a Web browser and Java. Internet Explorer 7, 8 and 9, as well as Firefox 6 + 7 were tested for different operating systems.[2]

To take advantage of storage greater than 256 MB on the iDRAC6 enterprise, Dell requires that a vFlash SD card be procured through Dell channels. As of December 2011, Dell vFlash SD cards differ from consumer SD cards by being over-provisioned by 100% for increased write endurance and performance.[21]

While there are no other known functional differences between a Dell-branded vFlash SD card and a class 2 or greater SDHC card, the use of non-Dell media prevents the use of extended capacities and functions.

On a Linux client system the standard arrow and print screen keys cannot be used in the iDRAC6 Java virtual console application because of some incompatible key event IDs;[22] however, the arrow keys on the numeric keypad can still be used.

Some combinations of DRAC firmware, web browser, and Java runtime do not support virtual media via the Java applet or the plugin in DRAC5 and iDRAC6.