What has been inevitable for quite some time may soon become a reality in the world of club football.

As noted by The New York Times, there have been continual discussions revolving around the formation of a European Super League. This would see Europe’s biggest clubs such as Real Madrid, Liverpool and multiple other powerhouse sides joining forces to create a yearly closed competition. These clubs would compete amongst each other every year and as pointed out by the report, all sides that elect to join could haul in more than $400 million.

This proposal has generated outrage on social media, from media personalities to fans.

Sky Sports’ Gary Neville lashed out at the idea by calling it a “disgrace.”

However, not all powerhouse clubs are interested in taking part in this proposed new competition. RMC Sport reports that for the moment, the likes of Paris Saint-Germain and FC Bayern Munich have declined an invitation to take part in the European Super League.

“PSG has been pruned everywhere in Europe for the last 10 years as a so-called “golden club”, but today we can see who remains lucid in front of the call of money and the overexploitation of the soccer business. Soccer above all.” 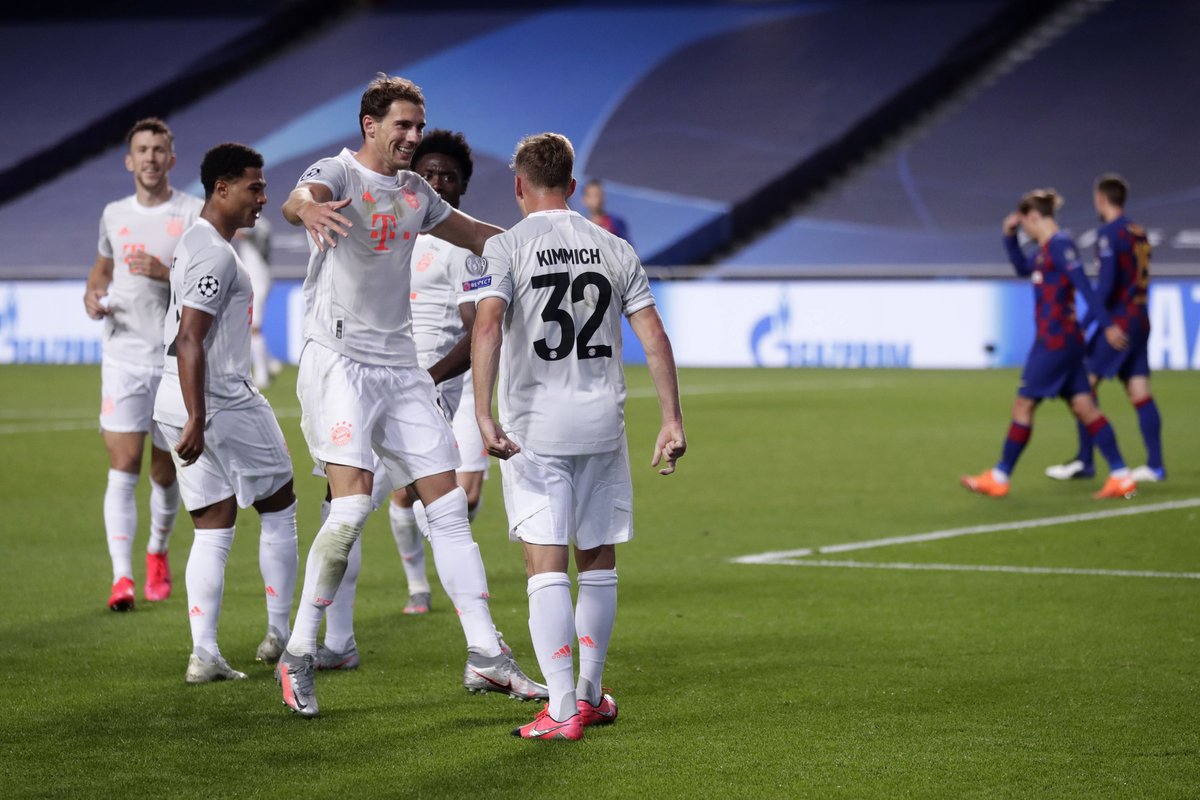 So, no Bayern, Dortmund or PSG. But Arsenal and Spurs? Yeah, that’s some “super” league you have there, boys.

It remains to be seen on the final proposal for the clubs interested in joining the planned European Super League.

Chelsea and Bayern Munich both secured their places in the Champions League quarter finals thanks to second leg victories over Atletico Madrid and Lazio.

Chelsea headed into their fixture with a slender 1-0 lead to protect following Olivier Giroud's overhead kick in their terrific first leg victory over the current La Liga leaders Atletico Madrid.

Despite the high stakes and the fragility of their one goal advantage, Chelsea supporters were completely chill about everything in the build up.

If Blues fans were on edge before kick off, Cesar Azpilicueta almost sent them spiralling in the early stages of the first half as he appeared to pull back Yannick Carrasco in the box. However, Atletico protests were waved away and VAR didn't bother to intervene.

And would you believe it, by half time, Peter Walton was trending.

Fortunately, Chelsea eased supporters' nerves just after the half hour mark, as their trio of summer signings combined to give them the lead. Kai Havertz fed Timo Werner who teed up Hakim Ziyech, and the former Ajax man turned home from close range to complete a flowing counter attacking move.

While Chelsea were impressing, Atletico underwhelmed - and this was typified by Luis Suarez, who was replaced before the hour mark having hardly had a sniff.

And things went from bad to worse for Atletico when Stefan Savic was sent off for a crafty elbow to the chest of Antonio Rudiger. The Chelsea centre back had been solid as a rock all evening, and then suddenly crumpled like a cheap suit.

With the player advantage, the Blues netted a second on the stroke of full time, Emerson this time the man on the end of a swift counter attacking move to confirm Chelsea's spot in the Champions League quarter finals.

While Chelsea versus Atletico was tantalisingly poised ahead of kick off, Bayern Munich's progress to the quarter finals appeared to be more of a formality, having recorded a thumping 4-1 win over Lazio in the first leg.

Lazio needed to hang on in there, not do anything daft and not give the most lethal striker in world football a sniff of goal if they were to pull off a miraculous comeback. Unfortunately, no one told Francesco Acerbi, who opted to haul down Leon Goretzka in the box just after the half mark. From the resulting spot kick, Robert Lewandowski extended Bayern's aggregate lead.

Eric Maxim Choupo-Moting doubled Bayern's lead in the second half with a deft finish just three minutes after entering the fray.

Although Marco Parolo pulled one back for the visitors in the 82nd minute, they hadn't left themselves quite enough time to overhaul the four-goal deficit, and defending champions Bayern joined Chelsea in the quarter finals.