2CELLOS return this autumn with an all-new album, Let There Be Cello, set for release October 19.A follow-up to the 2017 release of Score, Let There Be Cello finds Stjepan and Luka exploring a diverse catalogue with their signature boundary-breaking playing style. “We’ve always said we want to break down pre-conceptions about the cello and the boundaries around musical genres. 2CELLOS, the exciting classical/rock duo from Croatia, are back with their third album, 'Celloverse.' Self-produced by the two cellists, Luka Sulic and Stjepan Hauser, along with engineer Filip Vidovic, 'Celloverse' is a return to the sound and concept of the their self-titled debut album. Young Croatian cellists Luka Sulic and Stjepan Hauser, together known as 2CELLOS, have achieved sensational success by taking cello to a new level and forging a signature style that breaks down the boundaries between genres of music, from classical and film music to pop and rock. 2CELLOS have no limits when it comes to performing live and are equally as impressive playing Bach and Vivaldi as. Thunderstruck (Intro) - Vivaldi Cello Sonata No.4 In E Minor: Thunderstruck: Hysteria: Shape Of My Heart: Mombasa (From Inception) Time: Wake Me Up: They Don't Care About Us: Live And Let Die: Street Spirit (Fade Out) Celloverse: The Trooper: Thunderstruck: Highway To Hell: With Or Without You (Live From Arena Pula) Smells Like Teen Spirit. AC/DC - 2Cellos Thunderstruck (1990 - 2015) 500 550 600 650 700 750 800 850 900 950 000 500 550 600 650 700 750 800 850 900 950 000. Antonio VIVALDI – Patrick RONDAT.

2CELLOS return this autumn with an all-new album, Let There Be Cello, set for release October 19. A follow-up to the 2017 release of Score, Let There Be Cello finds Stjepan and Luka exploring a diverse catalogue with their signature boundary-breaking playing style. 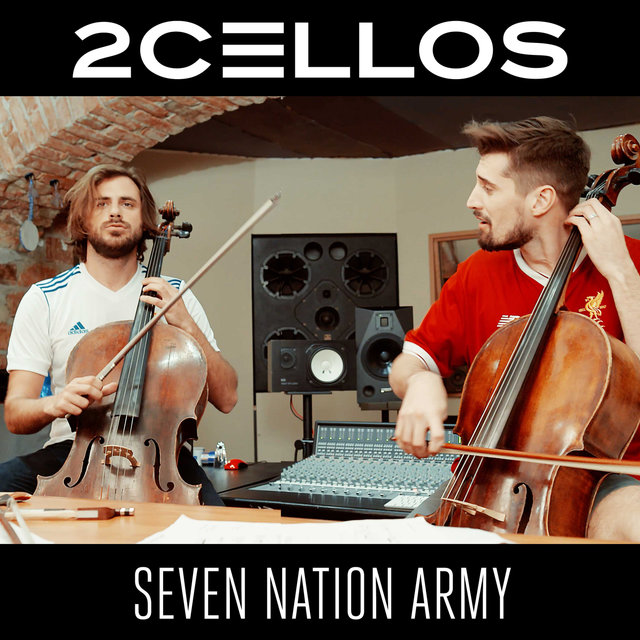 “We’ve always said we want to break down pre-conceptions about the cello and the boundaries around musical genres. This album demonstrates that. We take inspiration from all sources, from pop smashes to timeless classical music, from classic rock through to our love of film music. This album has the lot – including some 2CELLOS originals. There are no rules, just let there be cello!”

Co-produced by Sulic and Hauser themselves as well as Filip Vidovic, Let There Be Cello is a showcase of 2CELLOS’ exceptional talent for reinventing the music of any genre. The collection includes their take on the latest pop hits, including Ed Sheeran’s “Perfect” and “Despacito” by Luis Fonsi, a fan-favorite rendition that has garnered over 30 million views on 2CELLOS’ YouTube alone. Known for bringing their explosive playing style to some of rock’s biggest anthems, 2CELLOS make no exception on Let There Be Cello, which features favorites “Eye of the Tiger” by Survivor and The White Stripes’ iconic “Seven Nation Army,” which the pair most recently performed on-field to open May’s UEFA Champions League final in Ukraine. Taking their classical instrumentation to new heights, 2CELLOS round out the newest album with everything from celebrated classics (“Imagine” by John Lennon, “Hallelujah” by Leonard Cohen) to never-before-heard original compositions (“Concept2,” “Cadenza”) for a listening experience unlike any other.

Giving fans a preview of what to expect from the group’s latest chapter, 2CELLOS today release a brand-new video for their rendition of “Vivaldi Storm.” Filmed in their native Croatia, the video finds Sulic and Hauser performing in the center of a rock quarry. With explosive lighting and dynamic camerawork, the visual perfectly mirrors the exhilarating drama and suspense of the Vivaldi composition, culminating in a climactic onslaught of rain as the performance comes to an end. 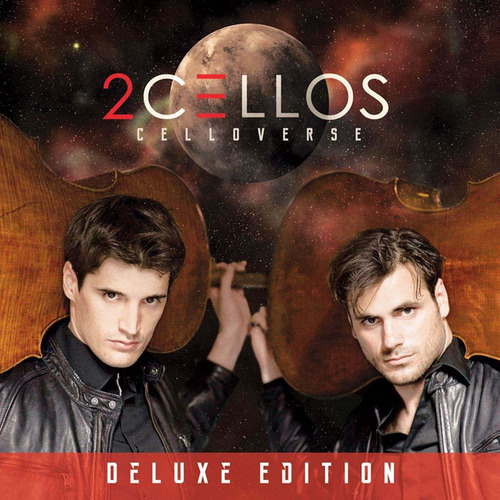 “We love the drama of Vivaldi. So we thought we’d bring a 2CELLOS storm to one of his best known pieces,” says 2CELLOS. “For this track we needed a suitably dramatic and beautiful location for the video – which we found in a quarry near Pula, Croatia. Summer is here but there is a storm coming!”

Let There be Cello is scheduled for release on 19 October, and is available to pre-order now.